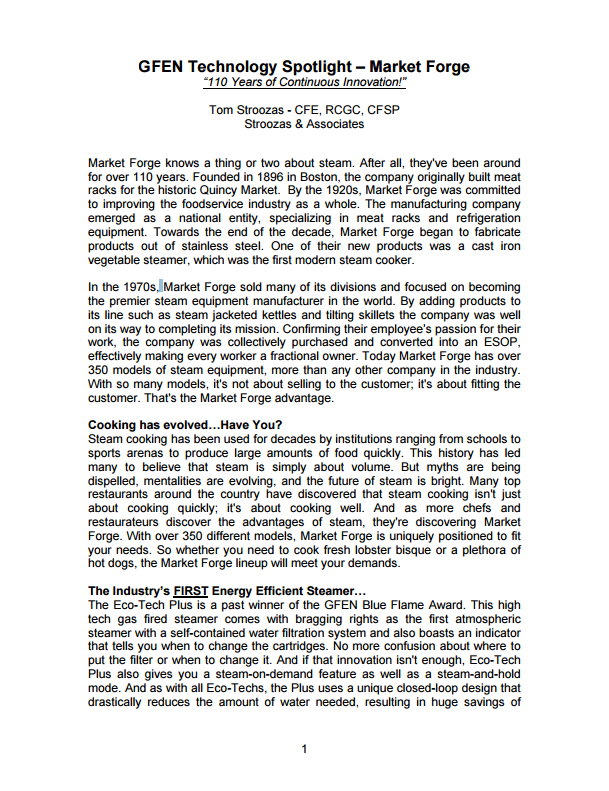 Market Forge knows a thing or two about steam. After all, they’ve been around for over 110 years. Founded in 1896 in Boston, the company originally built meat racks for the historic Quincy Market. By the 1920s, Market Forge was committed to improving the foodservice industry as a whole. The manufacturing company emerged as a national entity, specializing in meat racks and refrigeration equipment. Towards the end of the decade, Market Forge began to fabricate products out of stainless steel. One of their new products was a cast iron vegetable steamer, which was the first modern steam cooker.

In the 1970s, Market Forge sold many of its divisions and focused on becoming the premier steam equipment manufacturer in the world. By adding products to its line such as steam jacketed kettles and tilting skillets the company was well on its way to completing its mission. Confirming their employee’s passion for their work, the company was collectively purchased and converted into an ESOP, effectively making every worker a fractional owner. Today, Market Forge has over 350 models of steam equipment, more than any other company in the industry.